The basis of many functional gastrointestinal disorders (FGIDs) is distension of the intestinal lumen. Such luminal distension may induce pain, a sensation of bloating, abdominal distension and motility disorders. Therapeutic approaches seek to reduce factors that lead to distension, particularly of the distal small and proximal large intestine. ​
​
Food substances that can induce distension are those that are poorly absorbed in the proximal small intestine, osmotically active, and fermented by intestinal bacteria with hydrogen (as opposed to methane) production. The small molecule FODMAPs exhibit these characteristics.​
​
Over many years, there have been multiple observations that ingestion of certain short-chain carbohydrates, including lactose, fructose and sorbitol, fructans and galactooligosaccharides, can induce gastrointestinal discomfort similar to that of people with irritable bowel syndrome. These studies also showed that dietary restriction of short-chain carbohydrates was associated with symptoms improvement.​

These short-chain carbohydrates (lactose, fructose and sorbitol, fructans and GOS) behave similarly in the intestine. Firstly, being small molecules and either poorly absorbed or not absorbed at all, they drag water into the intestine via osmosis. Secondly, these molecules are readily fermented by colonic bacteria, so upon malabsorption in the small intestine they enter the large intestine where they generate gases (hydrogen, carbon dioxide and methane). ​
​
The dual actions of these carbohydrates cause an expansion in volume of intestinal contents, which stretches the intestinal wall and stimulates nerves in the gut. It is this ‘stretching’ that triggers the sensations of pain and discomfort that are commonly experienced by IBS sufferers.​

The FODMAP concept was first published in 2005 as part of a hypothesis paper. In this paper, it was proposed that a collective reduction in the dietary intake of all indigestible or slowly absorbed, short-chain carbohydrates would minimize stretching of the intestinal wall. This was proposed to reduce stimulation of the gut’s nervous system and provide the best chance of reducing symptom generation in people with IBS. At the time, there was no collective term for indigestible or slowly absorbed, short-chain carbohydrates, so the term ‘FODMAP’ was created to improve understanding and facilitate communication of the concept.​
​
The low FODMAP diet was originally developed by a research team at Monash University in Melbourne, Australia. The Monash team undertook the first research to investigate whether a low FODMAP diet improved symptom control in patients with IBS and established the mechanism by which the diet exerted its effect. Monash University also established a rigorous food analysis program to measure the FODMAP content of a wide selection of Australian and international foods. ​

Join the conversation at: https://www.facebook.com/getcandorapp 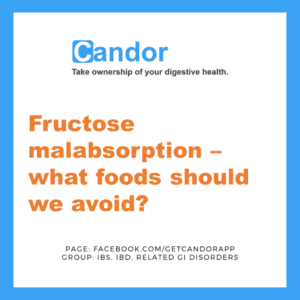 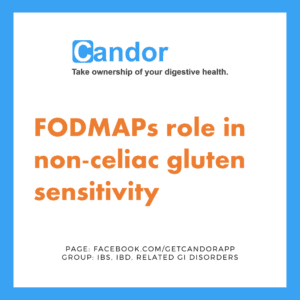 FODMAPs that are present in gluten-containing grains have been identified as a possible cause of gastrointestinal symptoms in people with non-celiac gluten sensitivity, in place of, or… 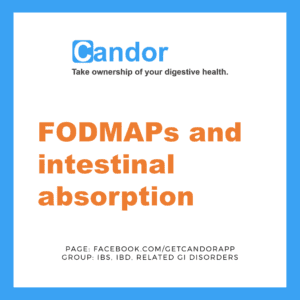